Whiskey is a distilled spirit. Scotch whisky (or just Scotch) is made in Scotland from malted barley and other grains. In contrast, American whiskey (spelled with an extra e) is called bourbon.

Both are made using a similar process and from similar ingredients, but they have a different taste, and the flavor also varies from distillery to distillery. But is Scotch whisky or American bourbon healthy?

The good news is that consumed in moderation, both types can be included as part of a healthy diet. In this article, we reveal some useful whiskey nutrition facts so you can decide if you want to enjoy the occasional glass of whiskey.

Whiskey contains very few nutrients. As such, it doesn’t provide much in the way of protein, fiber, vitamins, or minerals. 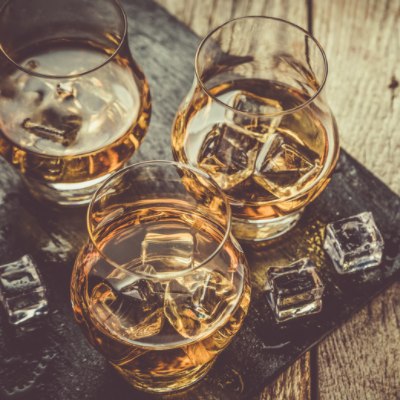 It does, however, contain calories and alcohol. The nutrition facts for whiskey per 1.5-ounce shot are:

The calories in whiskey come from alcohol. Where carbs and protein contain four calories per gram, and fat contains nine, alcohol contains seven. However, alcohol is what nutritionists call a priority fuel, which means your body will use it first and before calories from other sources.

So, if you eat food as you drink whiskey, your body will utilize the alcohol but hold the food calories for later, which could result in fat gain.

Whiskey is carb, protein, and fat-free. Since there are no carbs in whiskey, it can be consumed in moderation on the keto diet. Drinking whiskey will not cause your blood glucose levels to rise. This is not unique to whiskey but is the case for most refined spirits.

Unlike red wine, whiskey is not especially high in antioxidants, so people do not tend to drink it (or justify drinking it!) for its health benefits. That said, moderate whiskey consumption may have some health benefits: 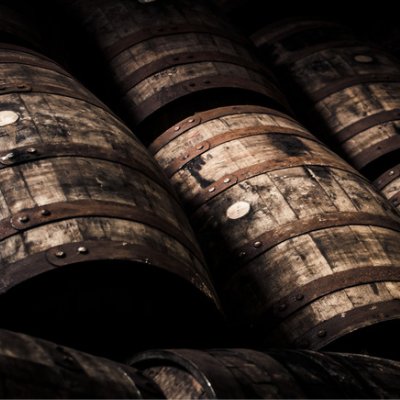 Relief From the Common Cold-Usually combined with hot water, lemon, cinnamon, and honey, whiskey can help relieve the symptoms of coughs and colds. It may also help you sleep.

Less Stress – A shot of whiskey can help “take the edge off,” reducing stress levels. Stress is linked to a host of serious medical conditions, so anything that lowers stress levels is very beneficial.

However, consumed habitually or too excess, whiskey could increase stress levels.

Improved Cardiovascular Health – One shot of whiskey per day may reduce your risk of heart disease, which is the biggest killer in the Western world. This is not unique to whiskey; all alcoholic beverages provide a small amount of protection against heart disease.

Drinking whiskey in moderation won’t harm your health and may even improve it. Whiskey is low in calories, and one shot per day won’t have much of an effect on any aspect of your wellbeing. That all changes if you drink more than the recommended 1.5-ounces per day.

According to the National Institutes for Alcohol Abuse and Alcoholism (niaaa), heavy, chronic drinking can have the following adverse effects:

Alcoholism – Alcohol can be physically and psychologically addictive. If you feel that you cannot control how much or how often you drink alcohol, you may have a dependency. Alcoholism can affect your health, your relationships, and your job.

Binge drinking (consuming more than four drinks for men or three drinks for women in a single sitting) increases your risk of developing an alcohol abuse disorder (AUD). 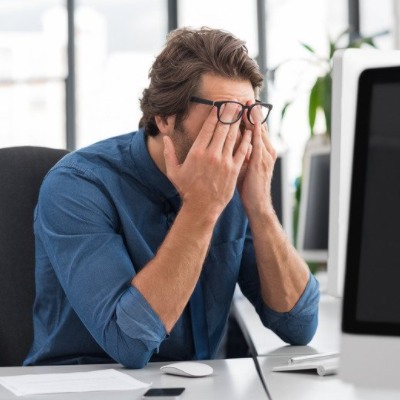 Increased Stress – While the occasional drink can help reduce stress, habitual drinking will increase it. Long-term, heavy drinking can increase anxiety and decrease the ability to deal with it.

You may find that, in stressful situations, heavy drinking means you experience more anxiety than someone who only drinks in moderation.

Feeling hungover also causes stress, as does trying to cover up alcohol misuse.

Suppressed Immune System – Chronic heavy drinking can suppress your immune system, so you are more likely to suffer from otherwise avoidable illnesses or find fighting them off more difficult. 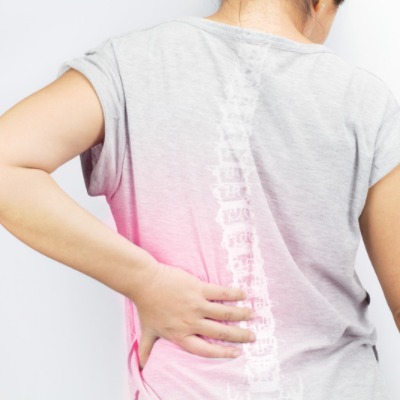 Increased Risk of Osteoporosis – Osteoporosis is a medical condition where bones become increasingly porous, weak, and prone to fracture. Bone loss is part of the natural process of aging, but heavy drinking means it happens at an accelerated rate.

Weight Gain and Obesity – Long-term overconsumption of alcohol can lead to weight gain. Not only do alcoholic drinks contain unnecessary calories, but alcohol can also lead to making poor nutritional choices and undermine the motivation for exercise.

Because whiskey is a distilled spirit, it’s very low in potential allergens. For example, unlike beer, it doesn’t contain gluten. 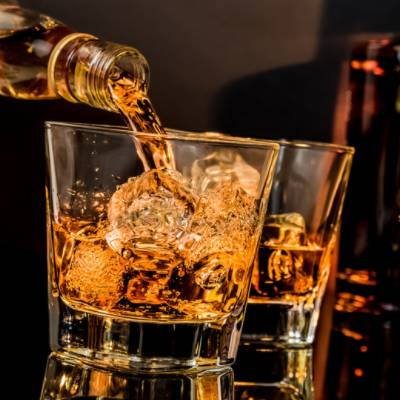 However, some people still suffer from alcohol allergies, the symptoms of which include:

Consult your doctor if you experience any allergic symptoms after consuming alcohol.

Whiskey is a popular drink. There are many different varieties, including single malts, blends, and whiskeys flavored with things like honey and spices. Many purists prefer a single malt Scotch, but your personal tastes will ultimately dictate which variety you enjoy.

The good news is that, in moderation, whiskey shouldn’t do you any harm and may even do you some good. It’s a very pure spirit that is made from all-natural ingredients. It’s also low in calories and free from sugar and carbs, so whiskey is keto-friendly too.

However, you should mostly limit yourself to one 1.5-ounce shot of whiskey per day and avoid binge drinking. After all, there is a fine line between sensible alcohol use and potentially harmful alcohol abuse.

Gatorade Nutrition Facts – Is It Good or Bad for you?

What is Hatha Yoga