Home » Blog » When to Take Creatine

When to Take Creatine

Creatine is one of the most popular sports supplements in the world. It’s been around for over 40 years, and that means it actually works! Creatine is a naturally occurring substance, which means this supplement is very safe.

It’s also easy to use. Creatine supplements are used by athletes, bodybuilders, and recreational exercisers who want more strength, muscle mass, and energy. It may also be useful for weight loss and fat burning. Creatine may even have some brain and health-boosting effects too.

But, when to take creatine? How much should you use? What are its benefits? Are there any side effects? You’ll find the answers to these and other creatine-related questions in this article!

But, to get the best from any creatine supplement, you should seek out micronized creatine monohydrate, which is generally considered the best product in terms of absorption and efficiency.

The good news is that there are lots of different makes and products to choose from, and unlike more exotic creatine supplements, micronized creatine monohydrate is very well-priced. Using it regularly won’t break the bank. 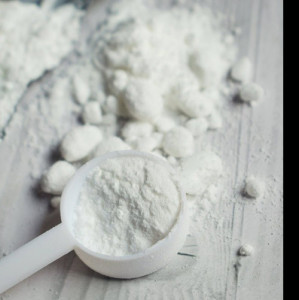 Creatine is a substance that is found in your muscles and is also present in meat.

It plays a critical role in energy production, especially during high-intensity workouts like weightlifting and sprinting.

Your body makes creatine from two amino acids – glycine and arginine – but it can also be obtained by taking supplements.

Using a creatine supplement means you can load your body with more creatine, and it’s this abundance that is so beneficial. Taking creatine increases your body’s store of a substance called phosphocreatine. Phosphocreatine helps your body make more adenosine triphosphate, or ATP for short.

ATP is a high-energy molecule, and the more of it you have, the harder and longer your muscles can contract. As such, creatine supplements are popular with exercisers looking to increase workout performance, recover faster between bouts of training, build muscle, and lose fat.

Creatine is less useful for endurance athletes, such as long-distance runners and cyclists, as it has a limited effect on slower-paced aerobic exercise performance.

How to Use Creatine 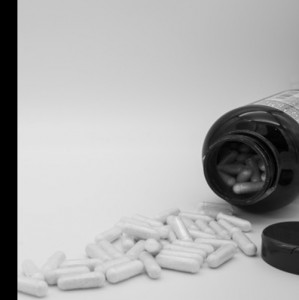 To get the most from any supplement, you need to use it correctly. There are two accepted protocols for using creatine – the loading method and the slow build-up method. The loading method is designed to increase your creatine levels quickly so that you can start enjoying the benefits of this supplement sooner.

It involves taking 4-5 five-gram servings of creatine a day for 5-7 days.

Once your muscles are loaded with creatine, you reduce your intake to just 3-5 grams per day to maintain your levels. With the slow build-up method, you just take 3-5 grams of creatine per day. This leads to a slow accumulation of creatine in your muscles, and the benefits come on gradually over several weeks.

The loading method provides almost instant gratification, which a lot of users appreciate. But, on the downside, it does mean you’ll use more creatine. However, this popular supplement is not expensive, so this isn’t really much of a drawback.

On the downside, the loading method is more likely to trigger side effects, although any potentially adverse effects will soon vanish once the loading phase is complete.

Whichever method you use, creatine works best when you take it alongside a carb or protein-based meal. This increases insulin production, which helps drive the creatine into your muscle cells more efficiently.

You should mix creatine powder with water or juice. It’s relatively tasteless, so it’s not unpleasant to use, even in plain water.

Creatine is one of the most beneficial supplements you can use. Its benefits include:

Faster muscle growth and repair – supplemental creatine speeds up recovery between workouts. That means, as well as being able to work out longer and harder, you’ll be able to work out more often too.

Increased muscle size – taking creatine can help you build muscle faster. Not only does it help you work out harder and longer, but it also drives water into your muscle cells, increasing their volume. This produces a quick and noticeable increase in muscle size and body weight.

Increased strength – by driving more water in your muscle cells, creatine increases muscle diameter, which improves leverage so you can lift heavier weights. Lifting heavier weights increases strength. This is both a short-term and long-term effect of creatine supplementation.

Lower levels of myostatin – myostatin is a substance that can block muscle growth and repair. Creatine appears to reduce myostatin, taking the brakes off muscle repair and growth.

Increased fat burning – creatine may help you lose fat faster. It contains no calories but still gives you energy. That means you can work out harder and longer without ingesting extra calories.

Prevention and treatment for non-alcoholic fatty liver disease – taking creatine may help prevent and treat NAFLD, which is often associated with being overweight.

When Is the Best Time to Take Creatine? 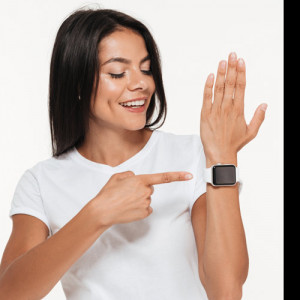 A lot of supplements work best when taken at specific times of the day. For example, fat burners work best when you take them first thing in the morning on an empty stomach, and pre-workouts are best taken 15-30 minutes before exercise. However, timing is less critical with creatine. The effects of creatine are cumulative. It takes time to build up in your muscles, and once your levels are maximized, it’s there and ready for you to use.

As such, you can take creatine at almost any time. If you are using the loading method, you should spread your intake throughout the day, such as every 2-3 hours.

But, if you are using the slow build-up method, you can take your creatine at any time of the day. That said, you could take creatine before or after a workout as it may provide a small boost in performance or speed up recovery.

However, no studies support this, and this recommendation is based on anecdotal reports. Because missing a dose of creatine could make it less effective, most users should try and take it at the same time(s) each day to create a creatine habit. That way, you are much less likely to miss your daily dose.

Creatine is sold in capsules and loose powder form, with powder being the most popular form of delivery. Capsules CAN work, but if you choose this option, you’ll need to get used to taking a lot. A typical creatine capsule contains 500mg of powder.

That means you’ll need to take 10 to hit the recommended five grams per day. That’s not too big an issue during a slow build-up or maintenance but could be prohibitive if you use the loading method.

For most people, creatine powder is the easiest and most convenient way to use this supplement. As for creatine liquids, they are best avoided. They’re usually expensive, and the idea that you can get all the creatine you need from a few drops of liquid is flawed.

Old-school creatine powder is cheap, and it works. Anything else is probably just marketing hyperbole.

Should You Use Creatine on Off Days?

Given the cumulative effect of creatine and how long it takes to build up in your muscles, there is no reason not to take creatine on your rest days.

In fact, it’s those rest days when you restock your supplies of creatine for your next workout, so it could be argued that rest days are the most important time to take creatine. Also, creatine should not be cycled. This means you should use it for long periods without breaks.

If you stop taking creatine, you’ll soon deplete your stores and lose the benefits of using it. Creatine only works if you continue taking it. The good news is that long-term use is not linked to any unwanted side effects.

Side Effects of Creatine

The side effects of creatine are mostly positive. After loading up on creatine or using it for a few weeks, you should notice that your muscles are bigger and stronger and that you can exercise both harder and longer. You may even lose some fat.

However, and especially during the loading phase, some users report:

Creatine is hydrophilic, which means it attracts water. It drives water into your muscles. This can mean there is less water available for other bodily functions, which could lead to symptoms of dehydration, such as muscle cramps. Avoid these problems by drinking more water than usual.

The hydrophilic effect of creatine can cause another unwanted side effect – water retention and bloating. This effect is usually quite minimal and may even be unnoticeable, but if you are prone to water retention, you may find that creatine leaves you feeling puffy and heavy.

Finally, some evidence suggests that creatine use can put extra strain on the liver and kidneys, but this is not an issue for healthy individuals. However, people with pre-existing liver or kidney problems should speak to a doctor before using creatine.

Who Should Use Creatine?

Most exercisers can benefit from creatine. After all, it’s not just useful for boosting workout performance; it’s good for your health too. That said, it’s especially useful for the following groups:

If you are involved in any sport that involves short, sharp, start-stop action, creatine can help you train harder and perform better.

In addition, creatine is useful for older people. It can help preserve existing muscle mass and slow down the natural muscle wastage that usually accompanies the aging process. It may also offer protection against the neurological issues often associated with getting older.

Creatine is one of the most well-researched supplements in history. A great many studies have been done on creatine, most of which support not only its use but also its safety. Despite some ill-informed media scaremongering, creatine is NOT a steroid, won’t cause rage attacks, and it isn’t addictive.

After all, creatine is a naturally occurring substance. Your body makes it, and it’s present in meat. Taking creatine can boost your workout performance so that you can better results in less time. You still need to put in the work, so using creatine does not constitute “cheating,” but it does mean you’ll make better faster progress.

The effect and mechanisms of creatine mean that it’s best for people who engage in intense, relatively short workouts, such as interval training and weightlifting. It’s not so useful for boosting aerobic performance.

That said, because creatine offers health as well as performance-boosting benefits, most people can use it and get something from these well-known sports supplements, even non-exercisers and the elderly. Whether you follow a fast-acting loading protocol or just take 3-5 grams per day, this proven supplement has a lot to offer.

How to Safely Lose Water Weight