When it comes to bodybuilding and strength training, a lot of exercises make a big mistake; they focus too much on the muscles they can see in the mirror and don’t spend enough time on those they can’t.

There is no denying the importance of the pecs, biceps, quads, and abs, but overdeveloping these muscles could have an adverse effect on how you look and feel.

Because of this, every good workout should include plenty of back exercises. That means lat pulldowns, bent-over rows, and other similar movements. Working on your back as well as your front will improve your posture and make sure you look as good even when viewed from behind.

Two to the best back exercises require no real training equipment, which means there is no excuse for not doing them. We’re talking about pull-ups and chin-ups.

While similar, there are enough differences between these great exercises that a lot of exercisers want to know which one is best.

In this article, we pit these two exercises against each other to see which one wins the battle of pull-ups vs. chin-ups. Along the way, we’ll discuss the advantages and benefits of each one, so you can choose the best one for your abilities, goals, and preferences. 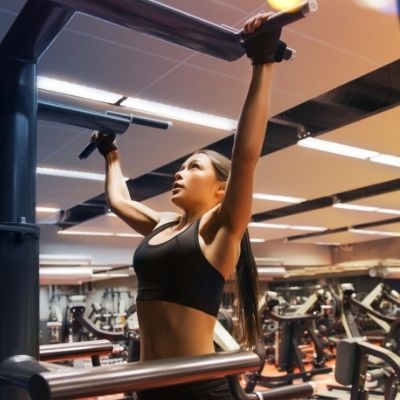 Pull-ups are a bodyweight compound upper body exercise. They’re done using a pronated or overhand grip and usually with the hands wider than shoulder-width apart.

How to do Pull-Ups

The muscles on the side of your upper back and known as your lats for short.

Responsible for flexion of your elbows and located on the front of your upper arms.

The muscles between and across your shoulder blades. The lower and middle traps help keep your shoulders down and back during pull-ups.

The rear deltoid or shoulder muscles work with your lats to pull you up toward the bar.

Your abs must contract to stabilize your lower body during pull-ups. 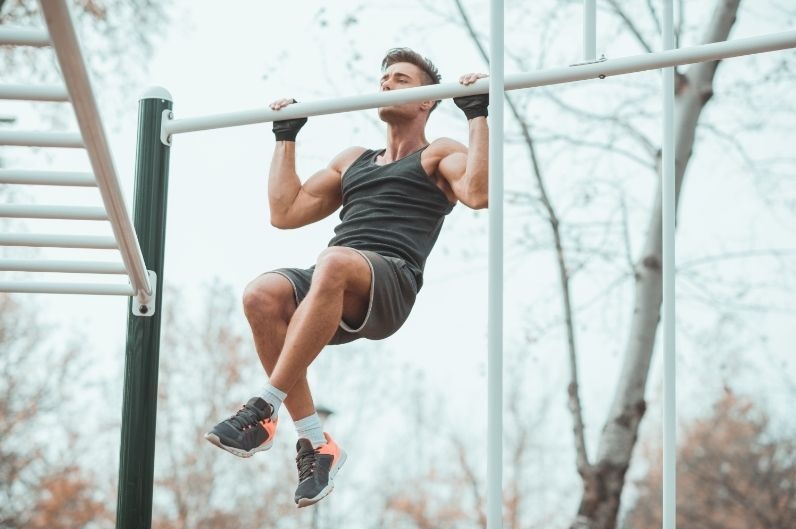 Chin-ups are very similar to pull-ups and even work the same muscles. However, they’re different enough that they’re worth discussing separately.

The main difference between pull-ups and chin-ups is the position of your hands.

When doing chin-ups, you use an underhand or supinated grip, and your hands are usually less than shoulder-width apart. Chin-ups can also be done using a parallel or neutral grip.

How to do Chin-Ups

Differences Between Pull-Ups and Chin-Ups

Pull-ups and chin-ups are essentially interchangeable. They’re both similarly beneficial and even train the same muscles. However, there are a few noticeable differences that may mean that one exercise suits you better than the other.

Studies suggest that pull-ups work your lats slightly more than chin-ups. This means that, for back muscle building, pull-ups may be marginally superior.

Most exercisers find chin-ups a little easier than pull-ups. That’s because a supinated grip is generally stronger than a pronated grip. This may mean you can do more reps of chin-ups than pull-ups.

Chin-ups are a better biceps exercise than pull-ups. If you want to build your biceps and your back at the same time, chin-ups are probably your best choice.

Pull-Ups vs. Chin-Ups: Which is Best? 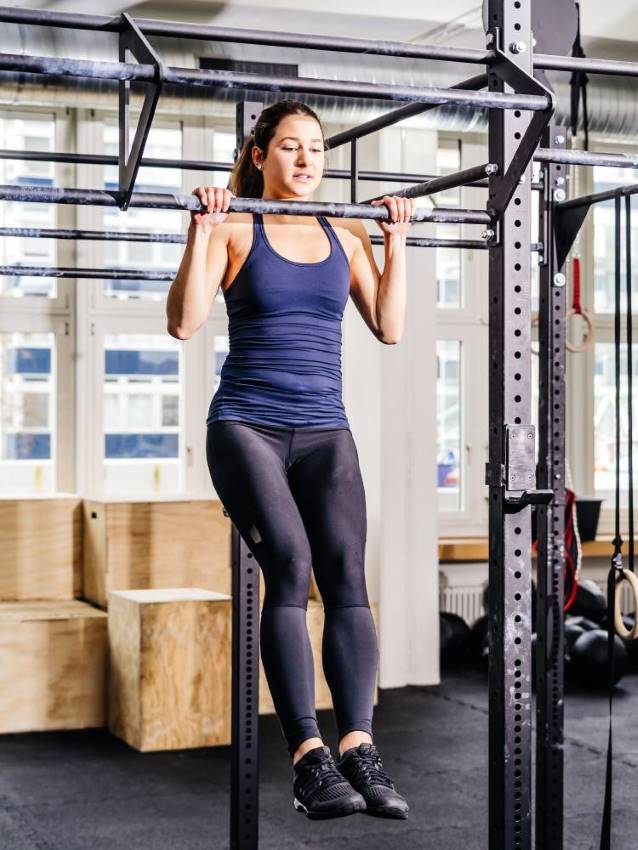 While pull-ups and chin-ups are different exercises, they’re similar enough that they’re actually interchangeable. Both exercises work your lats and your biceps and use the same exercise equipment.

Pull-ups, which use an overhand grip, produce slightly better lat activation, mainly because your biceps are in a weaker position and won’t be able to contribute as much power. As such, if building your back is your priority, pull-ups may be your best choice.

That said, by using a supinated grip, you may be able to do more chin-ups than pull-ups, which means your lats could get a better workout because you can crank out more reps. Chin-ups are also the better biceps exercise.

Pull-ups and chin-ups are so similarly effective that it may be unnecessary to choose between them. Why not enjoy the benefits of both these exercises by doing a couple of sets of pull-ups followed by a couple of sets of chin-ups? As chin-ups feel marginally easier and place your biceps in a stronger position, it makes sense to do them second.

Alternatively, if you train your back twice a week, why not do pull-ups as part of one back workout and chin-ups during the second workout. You could also alternate between pull-ups and chin-ups week by week.

If you are determined to find out whether pull-ups or chin-ups are better, try doing one for 6-8 weeks and then the other for the same length of time. Measure and record your progress to determine the winner.

Many of the best strength training exercises can be done in several different ways. For example, you can do squats with the barbell on your back or resting across the front of your shoulders. You can do biceps curls and bench presses with a barbell or dumbbells, and you can also do forward and backward lunges.

Each of these variations affects your muscles slightly differently, but, in most cases, the difference is very small. Any type of squat, curl, or lunge will produce good results, so long as you train hard and consistently.

In most cases, the best exercise is the one you prefer. After all, it doesn’t matter that one variation is better than another if you find it uncomfortable or otherwise unenjoyable.

Pull-ups and chin-ups are so similar that you can do either of them and expect similar results. Pull-ups are a little more lat-centric, while chin-ups work your biceps a little more. However, because most people can do more chin-ups than pull-ups, this difference may be canceled out anyway.

The most important thing is that you do pull-ups and chin-ups, and it doesn’t really matter which one you choose. If pull-ups bother your shoulders, stick to chin-ups. If chin-ups make your elbows sore, pull-ups are your best choice. Better yet, if you can, do both of these great exercises and enjoy all the benefits that they offer.

So, while it IS possible to differentiate between pull-ups and chin-ups, doing so may not be necessary. Ultimately, you should try them both and see which one suits you best.