Professional athletes are cut from a different cloth to the rest of us. Rising to the top of any sport requires passion, dedication, determination, and great genetics. However, staying at the top of any sport and then being regarded as a legend is another thing entirely. Legends are so-called because they become a dominant, almost unbeatable force, stamping an indelible mark on their sport.

In boxing, Mike Tyson has earned his legend status many times over and is often viewed as one of the best fighters in history, which is some accolade.

Tyson has had his personal and professional ups and downs, but, at his best, he was a warrior without compare.

In this article, we reveal the Mike Tyson workout and diet plan that the Baddest Man on the Planet used to develop the strength, endurance, power, and fitness needed to be a professional boxer.

Who Is Mike Tyson? 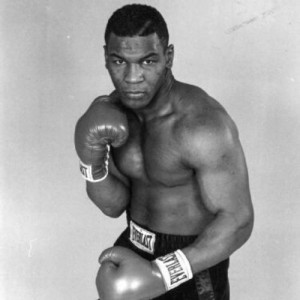 Considered to be one the greatest heavyweight boxers of all time, “Iron” Mike Tyson started boxing when he was 15 and had a successful amateur career, winning gold at the 1981 and 1982 Junior Olympic Games.

Iron Mike turned pro at the age of 18, making him one of the youngest professional boxers on the circuit.

He won 26 of his 28 first fights by knockout, earning him his early nickname “The Dynamite Kid.”

Tyson soon went from journeyman fighter to contender and won the WBC heavyweight championship of the world at the age of 20 and four months, making him the youngest man to win the title.

Iron Mike dominated heavyweight boxing during the 1980s, holding all the heavyweight championship belts and becoming the undisputed champion of the world in 1987.

While Tyson experienced many career highs, there were lows, too, including a three-year stint in prison and his controversial fights against Evander Holyfield. He was also declared bankrupt in 2003.

Today’s Tyson is still an impressive fighter and, despite being in his 50s, put on a good show in a 2021 exhibition match against Roy Jones Jr. He has also acted in several films and TV shows, including the Hangover movie series and the Mike Tyson Mysteries.

Despite his obvious size and strength, most of Iron Mike’s training was based on calisthenics or bodyweight training. This is a common approach in boxing as many trainers and coaches believe that lifting weights makes fighters slow.

While there is plenty of evidence to refute this opinion, not working out with weights did not hurt Mike Tyson, who became one of the hardest-hitting boxers in history.

Like most athletes, Tyson’s workout routine varied according to his competitive calendar. While he trained hard during the lead-up to fights, he backed off afterward, losing some of his hard-won fitness. His workouts also changed depending on who he was fighting or to address any perceived weaknesses. 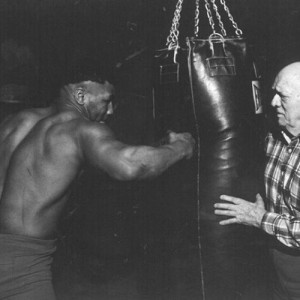 As such, there is no official Mike Tyson workout. However, at his peak, a typical day’s training for Iron Mike would look something like this:

Tyson trained like this five days a week, taking weekends off. As a professional fighter, it was his job to train all day long, clocking up at least eight hours of exercise per day.

These exercises were done one of two ways – in 5-10 sets, e.g., 10 sets of 100 squats, or using the “chipper” method, where he would do a number of reps of each exercise until all the reps were completed.

Tyson also did a particularly intense squat workout that used a deck of cards. This was one of his favorite workouts during his time in prison: 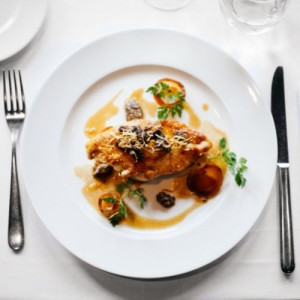 The best way to describe Mike Tyson’s diet is functional. His meals were fairly unchanging and designed to fuel his workouts and help him recover faster while keeping him close to his fighting weight. Most days, Tyson ate 3000 to 4000 calories per day.

A typical day of eating for Mike Tyson looks like this:

Mike Tyson was not known for using a lot of supplements. During the 1980s, supplements weren’t as popular as they are today, and his trainers were decidedly old-school traditionalists who didn’t tend to believe in heavy supplement use.

That said, Mike Tyson did use a few supplements, especially when preparing for a fight:

Iron Mike Tyson, the Baddest Man on the Planet, was one of the most dominant boxers in history. And, like all professional sportsmen, training was his job. Unlike the rest of us, he had the time and the energy to work out multiple times a day, clocking up eight or more hours of exercise five days a week.

But the thing that stands out most about Tyson’s training is the emphasis on volume and repetition. He didn’t change his workout every day or use lots of different training methods or equipment. Instead, he ran, did thousands of bodyweight squats, push-ups, and sit-ups, and practiced the art of boxing. Other than the daily stationary bike rides, you could train like Tyson without spending a dime on exercise equipment.

Many people see not having a state-of-the-art gym to train in as a barrier to weight loss, getting fit, or building muscle. But, judging by Mike Tyson’s performance and physique, they don’t have to be. Providing you work hard and consistently, you can get in great shape using nothing but your body weight.

While you might not want (or be able) to train like Mike Tyson, it’s clear that a simple, no-frills approach to diet and training can work. It helped the Baddest Man on the Planet become the undisputed heavyweight boxing champion of the world, and a similar system could work for you too.