Many stars of stage, screen, music, and sports are dedicated dieters. They have personal chefs, eat supplements by the truckload, or follow very specific eating regimens. With often unbendable food beliefs, many attribute their ongoing success to what they eat. And who’s to argue; it’s clear that exotic diets and expensive supplements can improve performance, energy, and appearance.

But not all celebrity diets are so outlandish or complicated. Believe it or not, some famous stars eat just like you and me! One such person is NBA star, LeBron James.

LeBron James’ diet looks a lot like what the average person eats and is refreshingly lacking in faddy foods or weird eating practices. However, being something of a giant, he DOES eat a whole lot of food. After all, James is a professional athlete, and as such, spends a lot of his time training for or playing basketball.

In this article, we discuss the evolution of LeBron James’ diet and reveal some of his favorite meals. We also take a look at the workouts that allow him to eat pretty much whatever he wants, although, as he’s gotten older, it’s clear to see that LeBron is paying more attention to nutrition than he used to.

Who Is LeBron James? 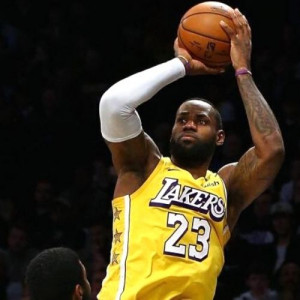 LeBron James is one of the most popular players in the NBA. Drafted straight out of high school in 2003, LeBron turned pro with the Cleveland Cavaliers and went on to play for Miami Heat and is currently with the L.A. Lakers. He’s also played for the USA at the Olympics.

Playing as a power forward, LeBron James is a HUGE athlete. He’s 6’ 9” tall and weighs about 250 lbs.

Despite this bulk, James is astonishingly light on his feet and supremely agile. He’s also very lean – that 250 lbs. is all muscle and not fat.

That certainly hasn’t always been the case, and LeBron James was a little “chunky” during the first few years of his professional career. However, in 2014, he started eating a little more sensibly and leaned out to become the athlete we recognize today.

What does LeBron James Eat?

If you’ve come here looking for the official Lebron James diet, you’re going to be disappointed. No such thing exists. Unlike many other athletes, LeBron James doesn’t follow a specific diet plan such as paleo or keto.

Instead, he eats a wide variety of foods and meals, most of which are relatively healthy. That said, he does enjoy desserts and even the occasional glass of wine; he’s an aficionado with extensive knowledge of wine.

By his own admission, LeBron’s early diet was terrible. Described by teammates as the worst diet in the world, the young James would fill up on mountains of junk food. He had dessert after almost every meal and drank vast amounts of soda too.

While clearly not a healthy way to eat, the rookie LeBron James put all those calories to good use, fueling his incredible feats on the basketball court.

Things changed in 2014 when James started to take a more professional interest in his diet, probably realizing that, as he got older, he could no longer metabolize all that sugar and stay on the top of his game.

Subsequently, LeBron’s diet went from one of the worst in the world to something that would help him perform at his best and recover better from his regular, intense workouts.

So, instead of mountains of sugar, LeBron James made the switch to a healthier, more balanced diet, although he still enjoys the occasional “cheat meal” during which he indulges his legendary sweet tooth.

A day in the diet of LeBron James looks something like this: 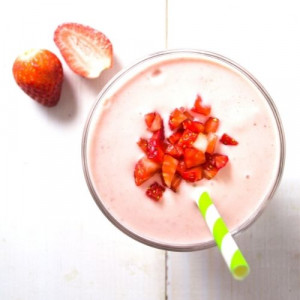 Dinner – chicken, rice, green beans, and broccoli, and a glass of wine

Snacks – berries and nuts with Greek yogurt or a protein shake

Other meals that feature in the LeBron James diet include:

In terms of cheats, when Lebron James relaxes his diet, he enjoys pizza, chocolate cookies, and ice cream.

So, to summarize the LeBron James diet, it’s very varied, contains plenty of lean protein, moderate amounts of carbs, and plenty of healthy fats. It’s not overly rigid but is still healthy and balanced enough to provide James with the nutrients he needs to play, train, and stay lean.

Regarding calories, LeBron James doesn’t seem to record his food intake, but for a man of his size and activity levels, he probably consumes around 5,000 calories per day, which is DOUBLE the number of calories of the average person. That’s a LOT of food! 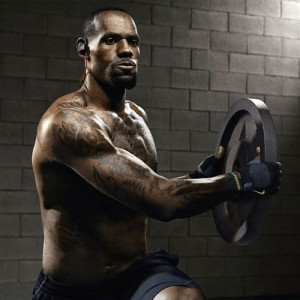 As a professional athlete, LeBron James dedicates several hours per day to training. Revered for his “insane” work ethic, he’s one of the fittest, strongest players in the NBA.

He’s a very driven individual who clearly is determined to stay at the top of his game for as long as possible.

Like his diet, there is no official LeBron James workout plan, and his training varies according to what he wants to work on and whether he’s in or out of the playing season.

That said, a typical training week for LeBron James looks like this:

Warming up – at 250 lbs. Lebron James is a big guy. Basketball is a high-impact sport, and all that running, jumping, and landing has taken a toll on his joints. To improve his fitness while saving his joints, James doesn’t run for exercise. Instead, he uses a Versa Climber, which is a sort of vertical moving ladder. He does 20-30 minutes at a high level to warm up and get ready for whatever workout he’s about to do.

Plyometrics is a form of jumping training designed to increase explosive power, something LeBron James has in spades. After movements like squat jumps, box jumps, and hurdle jumps, he hits the spin bike for his cardio fix and finishes up the session with yoga for mobility, flexibility, and balance. Each activity lasts 30-60 minutes.

A repeat of Tuesday’s workout.

Same as Tuesday and Thursday.

Even pro athletes like LeBron James need a day off from training for rest and recovery, and Sunday is James’ time to refuel and get ready for the next week’s training. He uses a cryogenic chamber to speed up recovery and enjoys deep tissue massages, ice baths, saunas, and other therapies designed to reduce muscle soreness and injuries.

A lot of NBA fans think that Lebron James is in the running for the greatest player of all time. He’s been in the game for nearly two decades and is still playing at an incredibly high level. In fact, he’s spent most of his adult life playing professional basketball; he’s an absolute legend of the sport.

Needless to say, genetics have played a part in his success. After all, he’s 6’ 9”, fast and powerful, and very agile too. If you need a blueprint for the ultimate basketball player, take a look at LeBron James!

That said, James hasn’t rested on his genetic laurels. Instead, he’s dedicated himself to developing his fitness and strength, making him one of the most effective attacking forwards in the history of the NBA. He trains as if his life depends on it, dedicating several hours a day to honing his strength and fitness.

As a younger player, Lebron James paid very little attention to his diet, but that’s probably because he didn’t need to; youth finds a way! But, with age and experience, he soon discovered (or was told!) how eating right could make him not only a better player but keep him in the game for many years to come.

Today’s LeBron James eats healthily and sensibly, but he still enjoys relatively normal food and doesn’t follow a faddy diet. He even eats cookies and ice cream from time to time. That said, he DID once go 67 days without eating sugar, but that was probably just a way to challenge himself and build even more mental toughness.

As diets go, you could do a lot worse than eat like Lebron James. His diet is sensible, balanced, and healthy. However, unless you are a 250 pound, nearly seven-foot-tall pro basketball player, you probably don’t need to eat 5,000+ calories per day!

Benefits of The Carnivore Diet