Celebrity workout and diet plans are as interesting and varied as the celebrities themselves. Some diets and workouts are just plain weird and designed to encourage online discussion, court controversy, or sell something. Following such plans is seldom a good idea, and even the celebrities themselves are quick to jump ship when the next miracle weight loss cure or wonder supplement comes along!

Other diets and workout plans are grounded in science and may even be something that non-celebrities can benefit from.

The Joe Rogan diet mostly falls into this latter category. What Joe Rogan eats and drinks is generally healthy, and his workouts are no-nonsense and free from pointless fads.

In many ways, Joe Rogan’s diet closely mirrors that of his favorite athletes – MMA fighters.

So, who is Joe Rogan?

Professionally, Joe Rogan is hard to classify. He’s a comedian, a UFC commentator, a TV show host, and a top-rated podcast host. He also practices martial arts, including kickboxing and jiu-jitsu, and has won state honors in taekwondo.

Joe Rogan was born in 1967, and despite being in his fifth decade, he is still in great shape. He’s both lean and muscular, and by his own admission, is something of a health nut too.

Rogan’s philosophy on food and exercise is refreshingly simple. He views food as fuel for his body and exercise as something he just has to do to look and feel his best. Moderation is the key, and he’s not a slave to either his diet or workout plan.

Because of this, Rogan’s diet and workout plan are very authentic and certainly attainable by most people. That said, he’s not averse to a little experimentation and happily admits to using things like cryotherapy, sensory deprivation, and hot yoga to keep his body and mind in tip-top condition. He’s also a firm believer in using supplements.

In addition to his fitness-related activities, Joe Rogan is a keen hunter. But he doesn’t hunt for trophies. Instead, he’s a staunch believer in eating what he kills. This doesn’t mean you’ll find him chowing down on raw elk, but he does make sure that his prey is taken home for consumption later. Rogan is a passionate griller!

Joe Rogan’s diet is actually a combination of a couple of nutritional approaches. While dietary purists may scoff at his choice of diets, it’s clear that this combination works well for him.

Firstly, Rogan follows a low-carb diet, generally avoiding refined carbs and sugar. He’s not fully ketogenic, so his diet is not entirely devoid of carbs. That’s hardly surprising given that Joe Rogan loves to be active, and carbs are the body’s primary source of energy.

Secondly, Joe Rogan embraces elements of the Paleo or caveman diet. As a hunter, he eats what he kills and consumes relatively significant amounts of wild game. 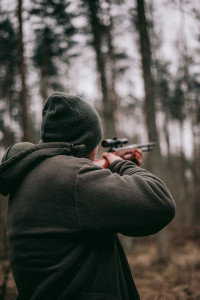 Wild game is high in protein and other healthy nutrients, not least heart-friendly omega-3 fatty acids. Also, like most paleo dieters, he eats lots of non-starchy vegetables.

Finally, for painless weight management and its myriad health benefits, Joe Rogan also practices intermittent fasting, or IF for short. This means that he purposely skips meals from time to time. This could mean missing breakfast or lunch a couple of times a week or not eating for 24 hours. Rogan adapts his fasting schedule based on how he feels, as well as his waistline. If he feels he’s gaining weight, he’ll fast for longer or more often.

So, in a nutshell, Joe Rogan is a modern-day, low-carb caveman who skips meals from time to time. He eats mostly natural, healthy foods and tends to steer clear of refined carbs and sugar. As celebrity diets go, this one is pretty sensible!

So, what does Joe Rogan actually eat? Like most people, his diet changes from day to day and week to week. This is far better than following a very regimented diet and is less likely to result in hunger and cravings. But, because of this, it’s hard to pinpoint precisely what Rogan eats.

Elk meat – Joe Rogan loves spending time in the wildness with his high-powered bow and arrows. As well as being a thrilling if controversial pastime, Rogan is hunting for food to eat. Wild game is naturally organic, very low in trans fats, and has a much healthier fat profile than farm-reared meat.

Instagram pictures reveal that Rogan’s freezer is invariably packed with elk meat ready for the barbeque, and wild game is a cornerstone of most of his main meals. 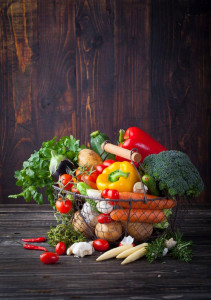 Most vegetables are low in carbs, high in fiber, and contain essential vitamins and minerals. Favorites include kale, string beans, and salad greens.

Avocados – loaded with healthy fats and very low in carbs, avocados are the perfect fruit for health-conscious Joe Rogan. He eats them in a variety of ways, including as guacamole.

Eggs – a Joe Rogan breakfast is not complete without some eggs. Eggs are high in protein, free from carbs, and very filling. Combined with vegetables in an omelet and with some avocado on the side, eggs are the perfect way to start the day.

Jalapenos – Rogan has a taste for hot and spicy food and adds jalapenos to many of his meals. Jalapenos are high in antioxidants and are also inflammatory, so they’re good for many aspects of Joe’s health.

Kimchi – a type of Korean fermented cabbage, this spicy dish is high in antioxidants, anti-inflammatories, and probiotics, which are good for digestive health. Joe Rogan often enjoys kimchi as a health-boosting side dish.

What you drink is every bit as important as what you eat. Joe Rogan pays as much attention to his fluid intake as he does his food. Again, what Joe Rogan drinks will vary from day to day, but staples include:

Coffee – contrary to what a lot of people think, freshly ground coffee is very healthy. It’s high in antioxidants, can help burn fat and boost energy, and may even protect from neurological conditions such as Alzheimer’s and Parkinson’s disease. Besides regular coffee, Rogan also enjoys lion’s mane and Chaga coffee and uses a turmeric-infused creamer. Turmeric is a potent anti-inflammatory.

Kombucha – Kombucha is a fermented, naturally sparkling form of green or black tea. It’s high in probiotics, which are good for gut and digestive health. 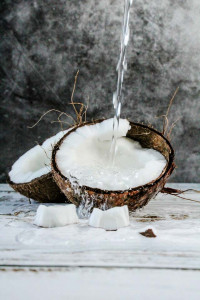 Zevia – this is a sort of low-calorie, artificially-sweetened soda. It’s not exactly healthy, but compared to regular soda, it’s not the worst thing Rogan could drink. After all, we all deserve a treat from time to time!

Whiskey – Joe Rogan is something of a whisky connoisseur. He drinks whiskey because he likes the taste and finds it relaxing. There is some evidence that suggests a modest alcohol intake can help lower stress levels and is good for the heart.

Joe Rogan has a large stake in Onnit, and most of the supplements he uses come from that company. He probably gets a good discount…

The main supplements he uses are:

Despite being in his 50s, Joe Rogan still trains hard and often. Every Sunday, he plans what he wants to do during the following week and then makes sure he hits all of his goals. The order of workouts varies according to his schedule, but, most weeks, Rogan tries to achieve the following:

While such a workout routine may seem daunting, Rogan is cautious not to overdo things and stops all of his training well before failure and fatigue sets in. By taking it a little easier, Rogan can train more often, which allows him to accumulate more exercise volume per week.

This might not be a hardcore approach to exercise, but judging how Rogan looks, it’s clearly a system that’s working for him.

A lot of celebrity diets are all about looks and weight control, plus some financially rewarding product endorsements! Joe Rogan’s approach to nutrition and exercise is much more practical and is designed to enhance physical performance and health.

But, according to the law of functionality, because Joe Rogan is fit, healthy, and strong, that’s exactly how he looks. Form follows function.

Should you try to emulate the Joe Rogan diet and workout? You could do a lot worse. It’s a sensible approach that mainly avoids the trappings of fads and scams. However, this approach may still be impractical. After all, are YOU a proficient bow hunter?!

That said, there is no reason you can’t borrow aspects of Joe Rogan’s diet and workout plan and apply them to your own. Be like Bruce Lee and absorb what is useful and discard what is not.

What is the Pescatarian Diet?