Bodybuilding is a sport of extremes. Competitors train long and hard to build as much muscle as possible and then follow a strict diet to lose fat, get ripped, and reveal their hard-won muscle mass.

Ironically, the biggest bodybuilder isn’t always the winner, as things like muscular balance, symmetry, presentation, and posing are also considered by the judging panel. Prepping for a bodybuilding contest can take months, and success hangs on peaking at precisely the right time.

The most prestigious bodybuilding competition in the world the IFBB Mr. Olympia. Past winners include Arnold Schwarzenegger, Ronnie Coleman, and, most recently, “Big Ramy” Mamdouh Elssbiay.

Retired professional bodybuilder Jay Cutler has won the Mr. Olympia crown four times – 2006, 2007, 2009, 2010, and in this article, we take a look at the Jay Cutler Workout Routine and diet that helped him win those titles.

Who is Jay Cutler? 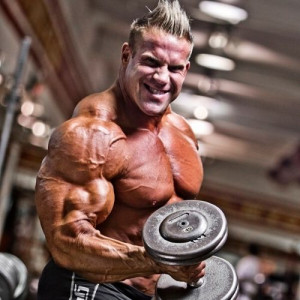 He was not particularly athletic at school but, at the age of 18, started lifting weights to gain some weight, as he felt he was too skinny.

Cutler soon realized he had a talent for building muscle and, at the age of 20, won his first bodybuilding show.

After graduating from Quinsigamond Community College in 1993 with a degree in criminal justice, he decided to pursue a career as a professional bodybuilder and quickly begin picking up national and international titles, including the IFBB Night of Champions in 2000, the Arnold Classic in 2002, and his first of four Olympia wins in 2006.

Cutler retired from competitive bodybuilding in 2013 after finishing 6th in his 13th Mr. Olympia showing.

However, he’s still strongly involved in the sport and has his own range of bodybuilding supplements – Cutler Nutrition.

Like most bodybuilders and exercisers, Jay Cutler used a variety of workouts to build his championship-winning physique. His workouts changed according to his competitive goals, during the lead-up to competitions and in the off-season.

That said, a typical week of training for Jay Cutler looked something like this: 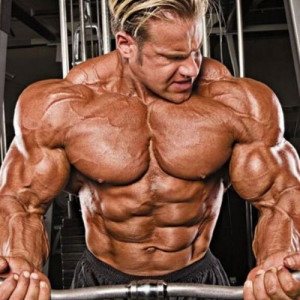 Cutler’s long, intense workouts meant he had to eat a lot. After all, when you weigh close to 300 lbs, your body needs a whole lot of fuel! Again, his diet would change according to whether he was trying to build muscle or lose fat, but, on average, he consumed close to 5,000 calories per day and at least 50 grams of protein at each meal.

Like many bodybuilders, Cutler eats 6-8 times per day to keep his muscles supplied with calories and nutrients. A typical day in the diet of Jay Cutler usually looks something like this:

Jay Cutler’s diet is far from varied or exciting, but when you are a competitive bodybuilder weighing close to 300 lbs, you want meals that are easy to digest and provide your body with the calories and nutrients needed to train and grow. For Jay Cutler, training and eating this way is the price of bodybuilding success.

What Supplements Does Jay Cutler Use? 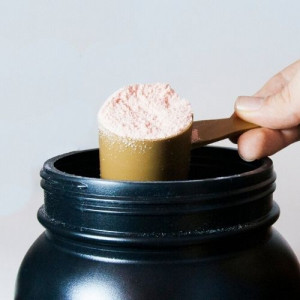 While Jay Cutler’s diet is relatively healthy, he also used some well-chosen supplements to plug any nutritional gaps.

He also used performance-enhancing drugs to build his award-winning physique. The supplements used by Jay Cutler include:

Bodybuilders don’t come much bigger than Jay Cutler. Tipping the scales at almost 300 lbs, he’s one of the biggest bodybuilders to win the Mr. Olympia title. To get an idea of just how big Cutler is, at his peak, he would have outweighed the legendary (and somewhat taller) Arnold Schwarzenegger by a whopping 75lbs!

Building that degree of muscle requires a phenomenal amount of dedication and effort, not to mention excellent genetics. To illustrate just how committed Cutler was to winning the Mr. Olympia, it’s worth remembering that he lost his crown in 2008 when he had to withdraw with a biceps injury, only to come back and win two more back-to-back titles.

Training-wise, Jay Cutler’s workouts are refreshingly free from fads and weird training methods. Instead, he’s built his massive muscles with lots of long, intense workouts. Bear in mind that he’s been training for over 20 years and has gradually built up to such lengthy, demanding workouts. It would be a mistake to try and copy Cutler if you aren’t already an experienced exerciser.

His approach to nutrition is equally no-nonsense, and he fuels his body with all the usual bodybuilding staples, including eggs and egg whites, oatmeal, chicken, rice, sweet potatoes, and vegetables. Eating every few hours means his muscles receive an almost constant supply of both calories and nutrients.

Professional bodybuilders have the luxury of training and eating full-time, while the rest of us have to fit our meals and workouts around work and family commitments. As such, for most people, copying Jay Cutler’s workout routine and diet is probably impractical.

However, his no-frills approach to diet and training shows that hard work and determination are the best way to achieve any fitness goal, and you don’t need fancy workouts or complicated diets to burn fat or build muscle.