Home » Blog » Gatorade Nutrition Facts – Is It Good or Bad for you?

Gatorade Nutrition Facts – Is It Good or Bad for you?

Sports nutrition is a large and growing business. Sponsorship deals can be incredibly lucrative, and athletes are always on the lookout for ways to boost their performance. Consumers then buy these products to emulate their sporting heroes or get more from their own workouts.

Gatorade is one of the most popular sports drinks around. In fact, it’s THE original sports drink! Gatorade was invented by the Florida College of Medicine for the Florida Gators back in 1965. It was designed to keep football players hydrated and performing well in hot conditions.

The original formula was basically water, sugar, salt, and citrus flavoring. After the Gators won the 1967 Orange Bowl, word got out about their “secret weapon,” and interest quickly grew, and the Gatorade brand was born.

In this article, we’re going to examine the ingredients and benefits of Gatorade and answer the question, “is Gatorade good for you?”

Gatorade had changed a lot since the 1960s when it was invented. However, the aim of this product is the same – to replace lost fluids and electrolytes and provide energy. 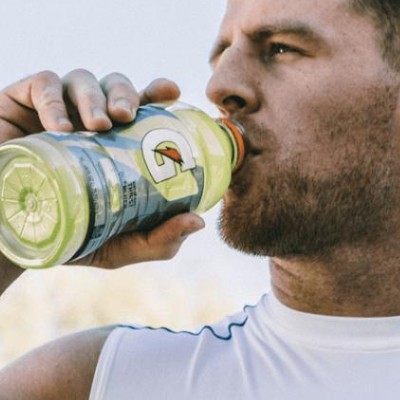 Each Gatorade variety contains different ingredients, so it’s impossible to list everything that goes into making a Gatorade sports drink. 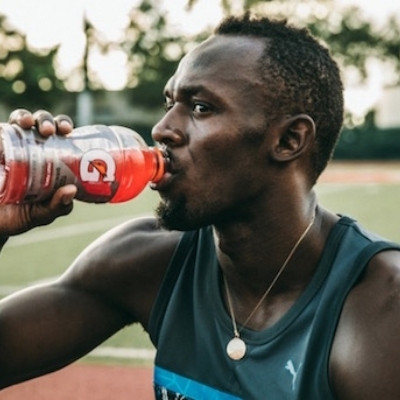 However, with a few exceptions, most Gatorade products contain a combination of the fowling ingredients:

Gatorade contains quite a lot of sugar in several different forms. This means that Gatorade provides fast-acting, medium, and slow-acting energy to help maintain energy levels over a prolonged period.

A 20-ounce bottle of Original Thirst Quencher Gatorade contains around 34 grams of sugar, which is marginally less than seven teaspoons. That’s more sugar than a regular soda.

While this sounds (and is!) a lot of sugar, it’s important to understand that intense exercise is fueled by a sugar called glucose, and all dietary sugars are eventually converted to glucose. By providing your muscles with sugar, you should be able to exercise harder and longer than usual, as you won’t run out of energy.

That said, consuming too much sugar could lead to weight gain if you a) consume more than you need or b) are mostly sedentary and don’t need the sugar in the first place. Gatorade is a sports drink, after all, and not meant to be consumed like soda. 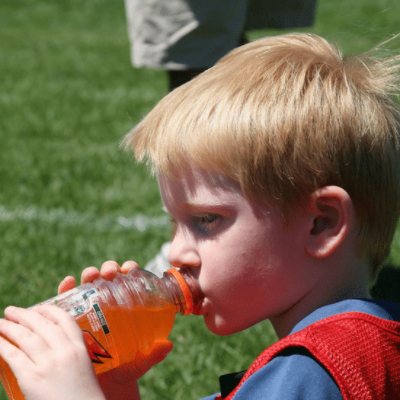 Kids like Gatorade because it tastes sweet, it comes in appealing colors, and is endorsed by their favorite athletes. However, because of its high sugar content, most kids should not consume large amounts of Gatorade.

A large intake of sugar is linked to weight gain and type II diabetes, as well as tooth decay. It can also cause mood swings, hyperactivity, and attention deficit disorder in some children, as do artificial food dyes and colors.

Most kids don’t do enough sport or exercise to warrant drinking a lot of Gatorade. Instead, what they need is pure water and natural fruit juices.

With the exception of kids who do sports at a high level, most children should not drink Gatorade regularly or in large amounts.

Gatorade for Athletes and Exercisers

Gatorade was made for college football players and was designed to increase energy and prevent the decline in performance usually associated with dehydration and electrolyte depletion.

As such, it’s useful during:

However, the high sugar content means that, for short, easy workouts, Gatorade contains more calories than you’ll burn, so drinking it could lead to weight gain. As such, it’s less useful for recreational exercisers or anyone working out for fat loss.

If you are working out at a low level of intensity, or your workout is less than an hour, plain water is all you need, and drinking Gatorade offers no real advantage. Instead, it could mean you gain weight. 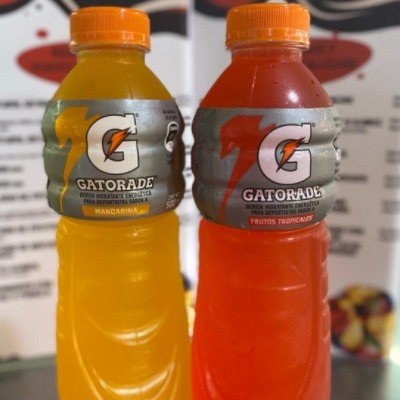 A lot of people mistakenly believe that sports drinks like Gatorade are healthier than soda.

This is not necessarily the case. In fact, drinking Gatorade in large amounts or regularly could have the following consequences:

The sugar and acids in sports drinks can damage tooth enamel and lead to tooth pain and cavities.

Consuming too many calories in any form can lead to weight gain. Sports drinks like Gatorade are high in sugar and calories but aren’t very filling. As such, it’s easy to consume large quantities and gain weight.

Pediatricians believe that the sugar and chemicals in sports drinks can cause things like attention deficit disorder and hyperactivity in children.

Do you still have questions about Gatorade? Keep reading to learn the answers!

Does Gatorade Have Caffeine?

Most Gatorade products are caffeine-free. However, the company that makes Gatorade has recently released a caffeinated sports drink called Gatorade Bolt, which contains 75mg of caffeine per 16-ounce bottle. That’s about the same amount of caffeine as 1.5 cups of coffee.

Does Gatorade Have Electrolytes?

Gatorade contains electrolytes which are minerals lost when you sweat. These include sodium and potassium. Low levels of electrolytes can cause muscle cramps and weakness. Consuming electrolytes may help ward off fatigue so that you can exercise or compete harder and longer.

Is Gatorade Zero Good For You?

Gatorade Zero contains no sugar and is sweetened with sucralose. It has the same electrolytes found in the original Gatorade but none of the calories. It’s useful for rehydration and replacing lost electrolytes but won’t do much for your energy levels.

Is it good for you? With no sugar, it’s marginally healthier than the original Gatorade, but it still contains lots of artificial additives which could cause unwanted reactions. Plain water would be the healthiest choice.

Gatorade is manufactured by PepsiCo, which is the same company that makes Pepsi Cola. In contrast, Powerade, which is very similar to Gatorade, is made by The Coca-Cola Company.

Gatorade is one of the most recognizable brands in sports nutrition. They’ve been making sports drinks for over 50 years, which is a very impressive pedigree.

Popular with recreational exercisers and professional athletes alike, Gatorade can help you train or compete harder and longer by providing your muscles with fuel and replacing lost fluids and electrolytes. It tastes pretty good too!

However, with its high sugar content, Gatorade is not so good for anyone who wants to lose weight. In fact, it contains more calories and sugar than regular soda. Gatorade also contains artificial chemicals and colors, and that means it may have some undesirable side effects, especially in children.

So, is Gatorade healthy? Probably not. But it’s not all that unhealthy either. Kids shouldn’t drink it, and most exercisers don’t need it. But, if you are running a marathon, playing a 90-minute soccer game in hot weather, or otherwise pushing yourself to the limit, Gatorade could help you keep going.

However, contrary to popular opinion, Gatorade is not healthier than soda but might be better for you than whiskey. In fact, other than some electrolytes and not being carbonated, there isn’t that big a difference between sports drinks and other sugary beverages.