Sports nutrition supplements are a billion-dollar business. A large percentage of exercisers use supplements to boost their performance, burn more fat, or recover faster from their workouts. Some supplements are used just for health reasons.

And while some of the supplements currently available really can help, many are worthless. They lack any scientifically proven ingredients and are nothing more than a waste of money.

However, one supplement that always lives up to the hype surrounding it is creatine. Creatine has been in use for over 40 years, and one of the first high-profile users was Scottish sprinter Alan Wells, who brought home the Olympic 100-meter gold in 1980.

After four decades, any supplement that’s still in use clearly works, which is why creatine remains popular year after year. The effects of creatine are not just anecdotal, either.

Creatine is one of the most well-researched sports supplements on the planet. Study after study has not just confirmed that it works but also explained why. If you’ve got a tub of creatine gathering dust, it’s time to brush it off and start using it. That raises the question, does creatine expire? 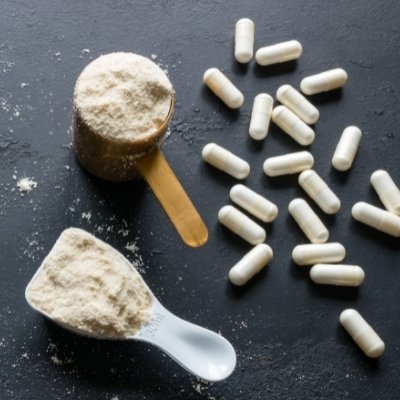 Creatine is a naturally occurring substance, and your body makes it from two amino acids – glycine and arginine. Used by bodybuilders and athletes, creatine is a best-selling supplement, but it’s also present in meat, fish, and other high-protein foods. Most creatine is sold in tubs as a crystalline powder meant to be mixed with water.

However, it’s also a common ingredient in pre-workout and post-workout recovery shakes.

The benefits of using creatine include:

In addition, creatine is good for your health too. Some health-boosting benefits of creatine include:

How Does Creatine Work? 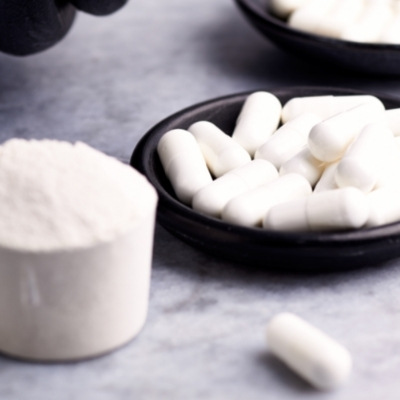 Creatine plays a critical role in energy production, and the more creatine you have in your body, the higher your energy levels will be.

When broken down, ATP releases a burst of energy and turns into adenosine diphosphate or ADP for short.

ADP contains no useable energy but, creatine can give up a phosphate molecule to turn ADP back into ATP, yielding more energy. The more creatine you have, the faster this process can happen and the longer it can continue.

With more energy available, you’ll be able to train harder and longer than usual, which means you’ll get better results from your workouts.

The good news is that creatine is safe for most people, has very few unwanted side effects, and produces very reliable results. It’s also readily available and reasonably cheap. In short, it’s the perfect sports supplement!

How Long Can You Use Creatine?

Creatine takes a while to build up in your system – typically 1-2 weeks.

That’s why most people start off using creatine with a loading phase of five grams five times a day for 5-7 days before lowering their intake to a maintenance dose of just five grams a day after that.

Creatine only works while you are taking it, and a break will mean your levels soon start to fall.

To continue enjoying all the benefits of creatine, you need to keep taking it. The good news is that numerous studies have shown that long-term creatine use is entirely safe, even if you take more than the usual five grams a day maintenance dose.

So, in short, you can keep using creatine for as long as you want to. Unlike other supplements and performance-enhancing drugs, creatine is not addictive and will not cause any kind of down-regulation in normal biological processes. In fact, creatine works best when taken for extended periods.

How Long Does It Last? 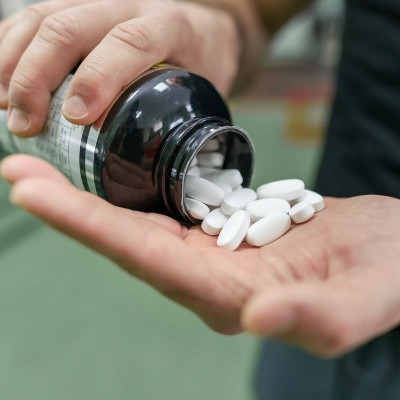 Most creatine supplements have an expiration date of 2-3 years from the time of manufacture.

That’s because creatine powder is very stable and isn’t affected much by air, light, or moisture.

The only way to cause creatine to degrade is by exposing it to high, prolonged heat, which is unlikely in a home environment. Degraded creatine turns into creatinine.

While you should generally use your creatine by its use-by date, it’s probably safe to use for at least another two years after that date, especially if it’s stored in cool, dry conditions. As a rule, creatine is pure white, is a crystalline powder, and does not have much of a smell or taste.

If your creatine is clumpy, discolored, or smells or tastes strongly, you should probably discard it to avoid making yourself sick, even if it’s within its best-by date.

Note that other non-powder forms of creatine, such as creatine ethyl ester and liquid creatines, are less stable and more likely to break down. These products are best used before their expiration date.

Supplements don’t come much more popular than creatine. It’s been in use for almost half a century, which is a strong indicator not only that it works but that it’s safe too. If it wasn’t effective and safe, it would have been banned years ago.

There are several different creatine esters available, including creatine HCL and creatine ethyl, but for most people, creatine monohydrate is the best type to use. It’s cheap and is also the most studied form of creatine.

Using creatine allows you to exercise harder and longer than usual, so you get better results from your workouts. It does this by increasing your intramuscular stores of creatine phosphate, which your body uses to make more ATP for increased energy.

Creatine also has several additional benefits, such as faster recovery after exercise and enhanced fat burning. It also has some notable health benefits. However, as potent as creatine is, it won’t do much for you if you aren’t training hard, eating well, and getting plenty of sleep. Think of creatine as an effort multiplier; the harder you work, the more useful it will be.

Creatine is also a very stable substance, and it has a long shelf-life. Also, because it’s highly unreactive, it’s usually safe to use after its best-by date. That said, it’s still best to use in-date supplements to make sure you get the results you want and avoid unwanted side effects.