Most exercisers are familiar with creatine. It’s probably one of the two most popular sports nutrition supplements on the planet, tying with whey protein for first place. Creatine is popular with bodybuilders, athletes, and general exercisers alike.

Creatine is a naturally occurring substance; your body makes it, and it’s also in most animal protein foods, such as beef, chicken, and salmon. It’s made from two amino acids, glycine and arginine, and has several effects and benefits.

Most people use creatine because it increases training energy, allowing users to work out harder and longer than usual. It also speeds up recovery between workouts, builds strength and muscle size, enhances anabolic hormone production, boosts fat burning, and reduces myostatin levels, elevated levels of which can impede muscle growth.

Creatine has been around forty years, and it’s hard to think of a supplement that has been subjected to more research. Not only are its effects proven, but creatine is also safe, even when used for years at a time.

But did you know that there are several different esters or forms of creatine, which vary slightly according to their chemical structure?

In this article, we compare the top two – creatine HCL vs. monohydrate – to see if one is better than the other.

What Is Creatine HCL? 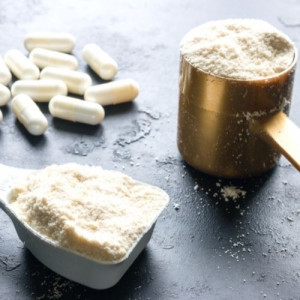 Adding hydrochloride to creatine instead of the more common water molecule makes this type of creatine much more soluble, which means it’s easier to absorb and utilize.

In fact, creatine HCL is 38 times more soluble than regular creatine, making it a much more efficient and effective product.

However, this increased solubility comes at a cost, and creatine HCL is a lot more expensive than regular creatine.

Creatine monohydrate tends to cause water retention, which leads to bloating. While the increased water retention will make your muscles bigger, not everyone appreciates looking smooth or bloated. Creatine HCL does not attract water like monohydrate can, so it causes less bloating.

Because creatine HCL is absorbed as much as 38 times more efficiently, it builds up in your system faster, so you’ll see and feel it working sooner.

In contrast, creatine monohydrate can take several weeks to accumulate in your muscles, which is why most people use a high dose loading protocol when they first start using it.

A little creatine HCL goes a long way, and with smaller doses, your purchase of HCL will last longer. Unwanted side effects are also less common.

Creatine HCL tends to cause fewer unwanted side effects than monohydrate.

However, it is also 2-3 times more expensive. But don’t forget that you won’t need to use as much to get the same results as monohydrate, so the price difference isn’t really all that significant as your HCL purchase should last longer.

What Is Creatine Monohydrate? 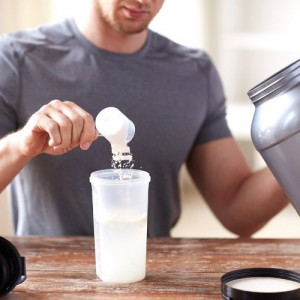 Creatine monohydrate is the original form of creatine. It’s made from a creatine molecule combined with a single molecule of water.

Most studies done on creatine involved creatine monohydrate, and time and time again, it has been proven to be a safe and effective supplement.

Compared to creatine HCL, creatine is not as soluble, which means it’s less efficient.

It can take a week of loading for it to build up in your muscles, and it attracts water which means it can cause side effects such as bloating and water weight gain.

That said, creatine monohydrate is very cheap, so the fact you have to use more may be irrelevant.

As well as all the usual creatine benefits, such as boosting energy and recovery, monohydrate offers a couple of additional benefits, including:

Creatine monohydrate causes water retention, which leads to rapid weight gain. That water is mainly held within the muscles, which makes them look bigger.

However, this is more than just an aesthetic benefit, as more water in your muscles improves leverage, leading to increased strength.

Water isn’t only retained in the muscles; it’s also drawn into the joints. Many people experience less joint pain when using creatine monohydrate, which can be a welcome benefit for battle-worn exercisers.

While creatine monohydrate is cheap, safe, and effective, there are a couple of drawbacks to consider, including:

While rapid weight gain can be an advantage to some users, it’s a disadvantage to others. Holding extra water in and around your muscles may leave you feeling and looking smooth and bloated. The leaner you are, the more noticeable this effect will be.

Creatine monohydrate causes water to move from the outside of muscle cells to the inside, resulting in cramps. Use a potassium supplement or eat a banana a day to prevent this problem, and make sure you stay well hydrated.

Some users experience stomach upsets with creatine monohydrate, especially during the loading phase or after taking more than the recommended dose of 5-10 grams per day.

Even using a loading protocol, it will take a week or so for enough creatine to accumulate in your muscles to have much of an effect. The benefits of creatine HCL are more instant.

Creatine is a much-loved sports supplement. After over forty years of use and hundreds if not thousands of independent studies, it’s clear that creatine is not only effective but that it’s safe too.

In fact, in one seven-year study, participants took 20 grams of creatine monohydrate per day with no ill effects. It turns out that concerns over kidney health, addiction, creatine rage, and other dangerous side effects were entirely unwarranted.

For a long time, if you wanted to use creatine, creatine monohydrate was your only choice. Using monohydrate invariably involved taking five five-gram servings per day for a week to load up, followed by just a single dose of five grams a day after that to maintain your levels. This protocol undoubtedly works, but it’s an indicator that monohydrate is not a very efficient form of creatine.

In contrast, creatine HCL is much more soluble, which means it builds up faster. There is no need to follow a lengthy loading protocol, and your daily dose does not need to be as high. Because high doses are usually linked to the unwanted side effects of creatine use, a smaller dose has obvious advantages.

However, both creatine HCL and creatine monohydrate ultimately have the same effect. They boost your energy, so you can train harder and longer and have several additional benefits. It’s just that HCL does it better and starts working sooner.

Ultimately, creatine monohydrate and creatine HCL can help you reach your fitness and training goals sooner. If you want to avoid any potential side effects, don’t want to go through a lengthy loading phase, and don’t mind the extra cost, HCL is probably your best choice.

But, if you want to save money, aren’t bothered by a bit of bloating, and are happy to wait a week or so for your creatine supplement to start working, maybe monohydrate is the one for you.

Either way, any form of creatine can help you get more from your workouts.

What to Wear Kayaking