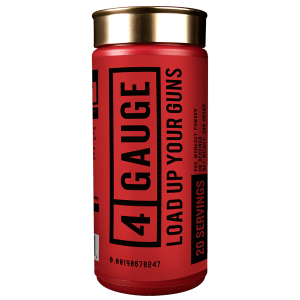 There are few things more frustrating than arriving at the gym, heading out for a run, or showing up at a spinning class only to find that you are suffering from an energy slump. It happens to everyone from time to time.

While missing a meal or a bad night’s sleep can rob you of vital energy, the cause is not always so obvious or easy to fix. Sometimes it’s just one of those days. A cup of coffee might help, but that solution can be a bit hit or miss.

A lot of exercisers turn to pre-workout supplements to beat this problem. These drink powders contain a range of energizing ingredients designed to quickly boost your energy so you can get on with a job of burning fat or gaining muscle.

There are lots of different pre-workout supplements to choose from, but one of the most popular is 4 Gauge. 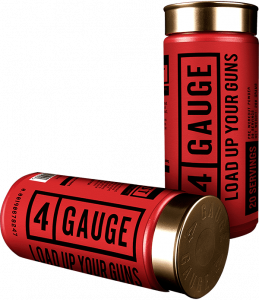 4 Gauge is a pre-workout drink mix designed to boost energy for exercise. It’s supplied in a very cool-looking shotgun cartridge shaped bottles, which the manufacturers call shells. Each shell contains 25 servings, which should be more than enough for one month of workouts.

How does 4 Gauge Work?

Like most pre-workouts, 4 Gauge contains caffeine and other energizing ingredients to increase physical and mental performance. However, unlike a lot of energy drinks, it contains no sugar, and, at only five calories per serving, it won’t lead to weight gain.

Taken before exercise, 4 Gauge should not just raise your energy levels, but also maximize performance.

The name 4 Gauge refers to the fact that this pre-workout boosts exercise performance in four different ways:

All of these effects will boost workout performance so that you make faster progress, create a better physique, and enjoy amazing workouts time after time. 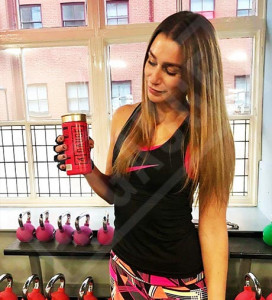 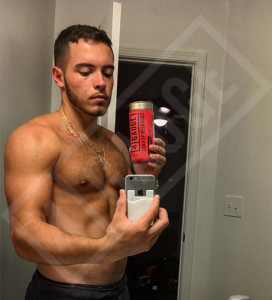 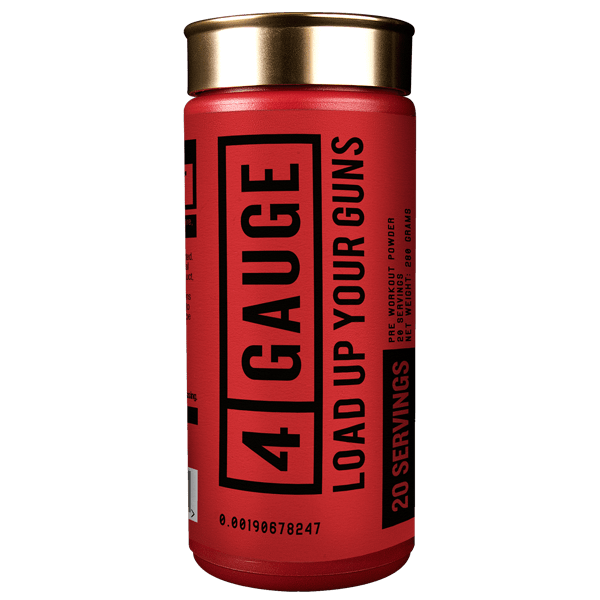 4 Gauge contains eight ingredients designed to maximize mental and physical performance. It contains no proprietary blends, which means all of the ingredients and their quantities are clearly displayed. 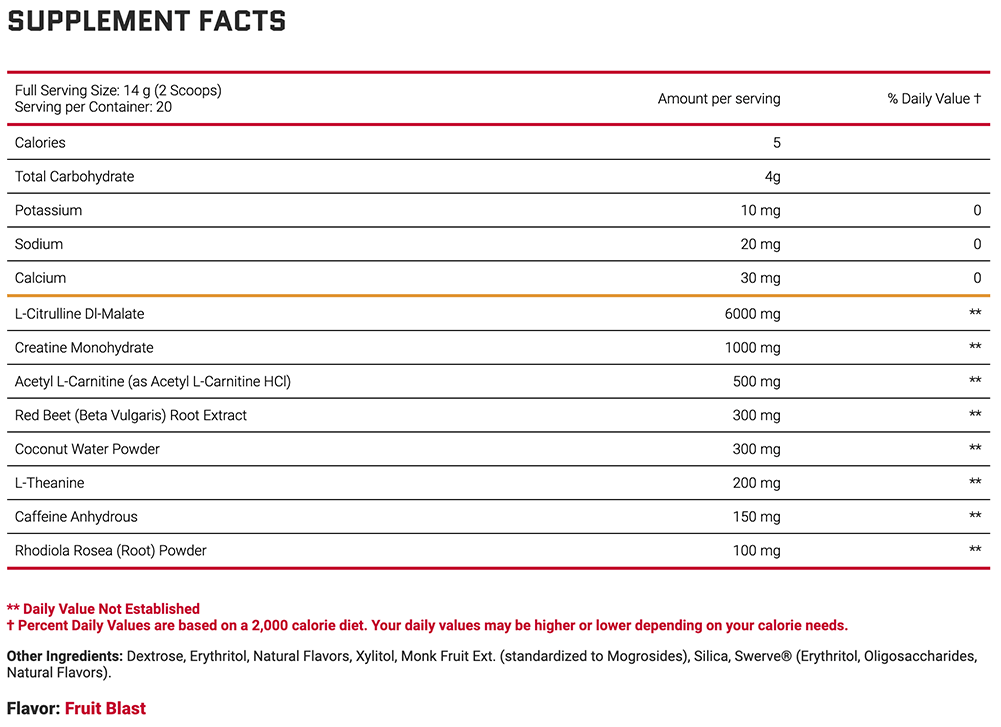 The ingredients in 4 Gauge are:

Caffeine anhydrous – caffeine has been shown to improve exercise performance and fat burning. In fact, caffeine was once on the IOC’s list of banned substances! 4 Gauge contains 150 mg of caffeine, which is roughly the same as a 12 oz. cup of strong coffee.

L-Theanine – this amino helps smooth out the effect of caffeine to produce a longer-lasting effect with no noticeable energy crash. It’s also calming, which means it will prevent the jittery-inducing effect that caffeine can sometimes have.

Creatine monohydrate – one of the most well-researched sports supplements around, creatine boosts endurance and strength. It also increases hydration, reduces fatigue, and may even enhance cognition.

L-Citrulline – this amino acid, which is extracted from watermelons, is a potent vasodilator that opens up blood vessels, allowing more blood to pass through them. More oxygen means greater endurance and fantastic muscle pumps.

Acetyl-L-Carnitine – this amino acid can help fight fatigue and may also speed up recovery after intense exercise. 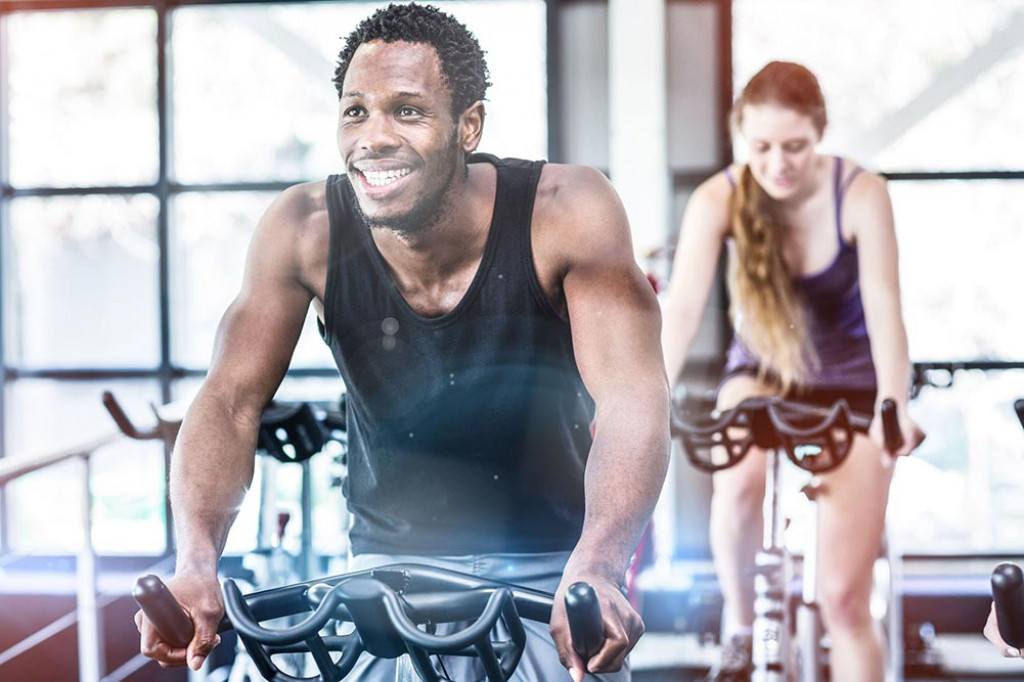 4 Gauge is made entirely from natural ingredients. This means it has very few unwanted side effects and should be safe for most users. However, some users may experience elevated heart rate, anxiety, jitters, sleeplessness – all effects caused by caffeine.

4 Gauge contains 150 mg of caffeine per serving. While other pre-workouts provide more, this is still enough to produce side effects in people with caffeine sensitivities. Avoid these problems by:

How to take 4 Gauge Properly

4 Gauge is supplied as a dry powder and needs to be mixed with water to make a pre-workout drink. Combine two scoops with 8-12 oz. of water and consume about 30 minutes before your workout. 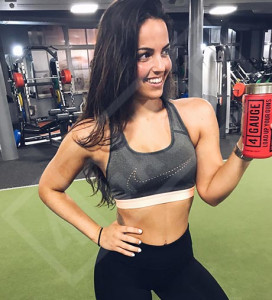 Some users find that it takes more or less time for the ingredients in 4 Gauge to take effect. You should feel your energy levels rise, and your skin may even tingle slightly. Once you know how quickly 4 Gauge affects you, adjust the time of your dose according to your needs.

While 4 Gauge is safe for most people, the manufacturers recommend that users take periodic breaks from this product, so that they don’t become used to it. They suggest one week off every 6-8 weeks.

4 Gauge is available from their homepage as well as affiliates. It can be shipped worldwide so you can buy this product wherever you live except Afghanistan, Algeria, Cuba, Egypt, Iran, Iraq, Kuwait, Mauritius, Mexico, Morocco, Mozambique, North Korea, Palestinian Territories, Paraguay, Russia, South Africa, Sudan, Syria, and Turkey.

Current prices in USD are:

Secure payment can be made by PayPal, Amazon Pay, or credit/debit card.

Conclusion – Is it Worth it?

4 Gauge is more than just a high sugar and caffeine energy drink. Instead, it contains a blend of ingredients proven to increase mental and physical energy without turning you into a jittery, shaky, itchy wreck! Unlike a lot of pre-workouts, 4 Gauge works without a whole load of unpleasant side effects. That doesn’t mean it’s not a powerful pre-workout – it is. It’s just that the effects are smoother and longer-lasting.

If low energy levels are getting you down, or you just want to raise your workout game, 4 Gauge can definitely help. Remember, though, if you use this energy-boosting pre-workout, you’ll also need to pay more attention to your diet and recovery after training. If you don’t, your bigger, better workouts will not have much of an effect.

Still not convinced? Check out our detailed reviews for the following:

4 Gauge 4-in-1 offers an excellent pre-workout for both men and women.

Best Pre Workout for Women in 2022 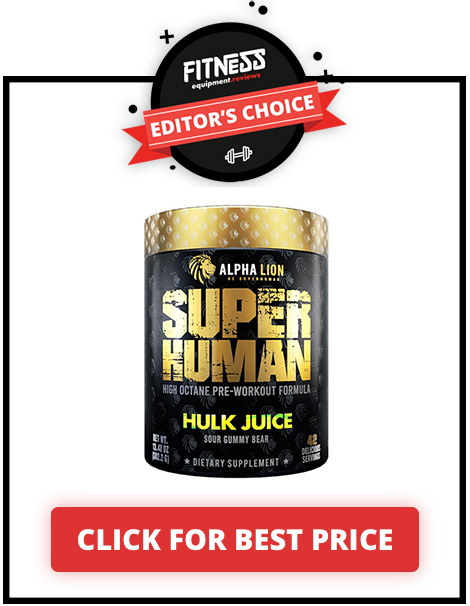